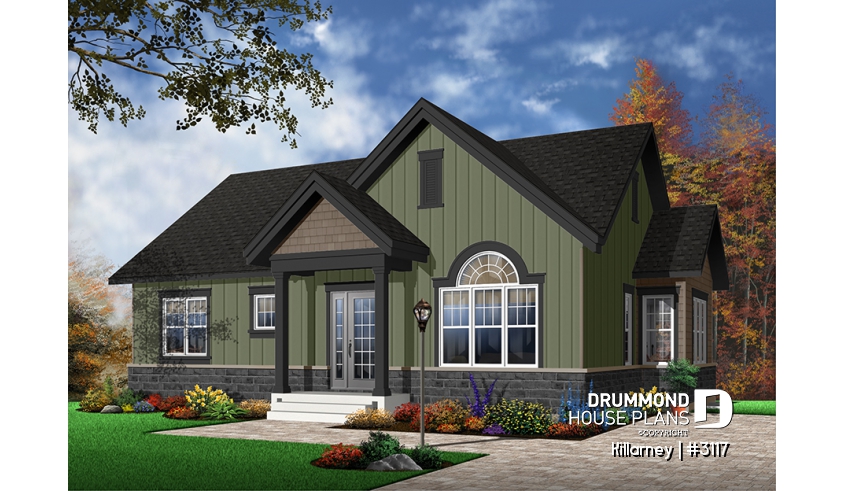 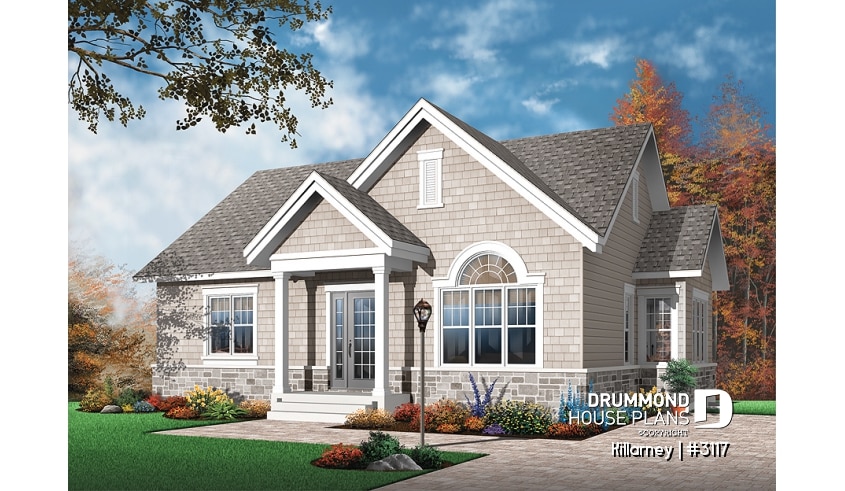 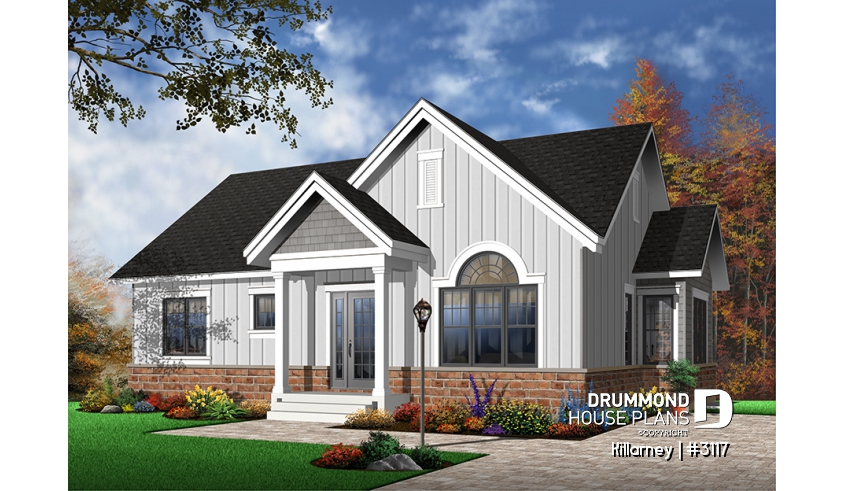 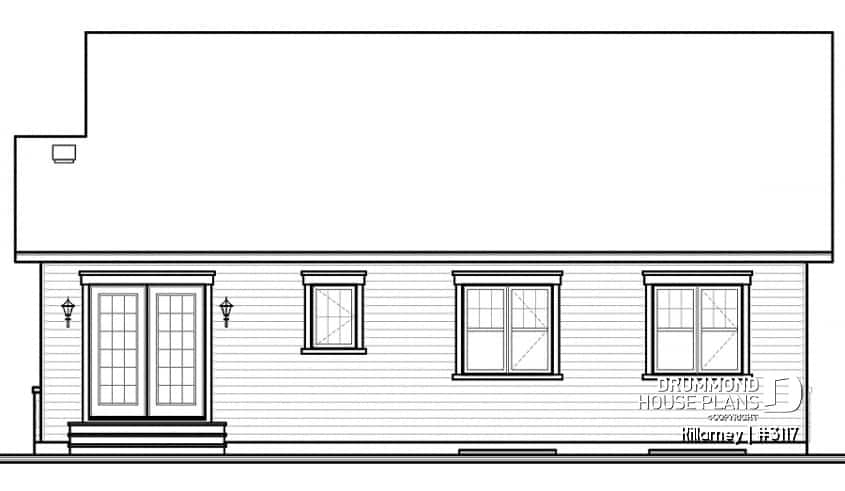 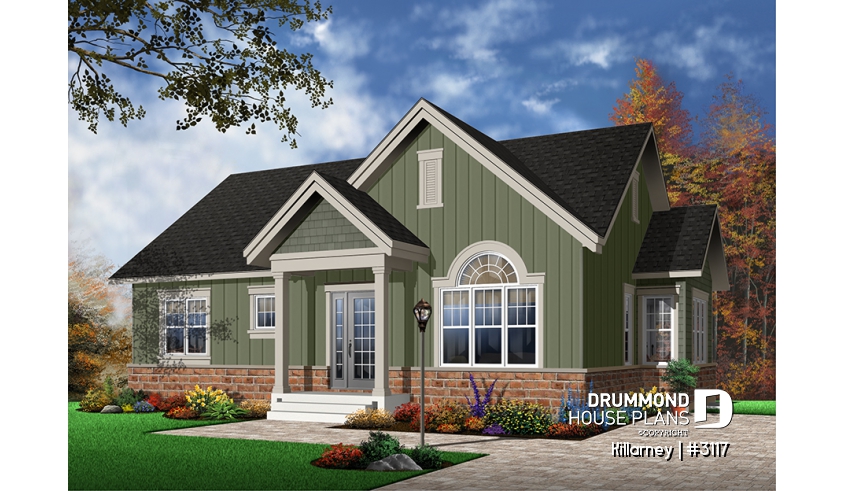 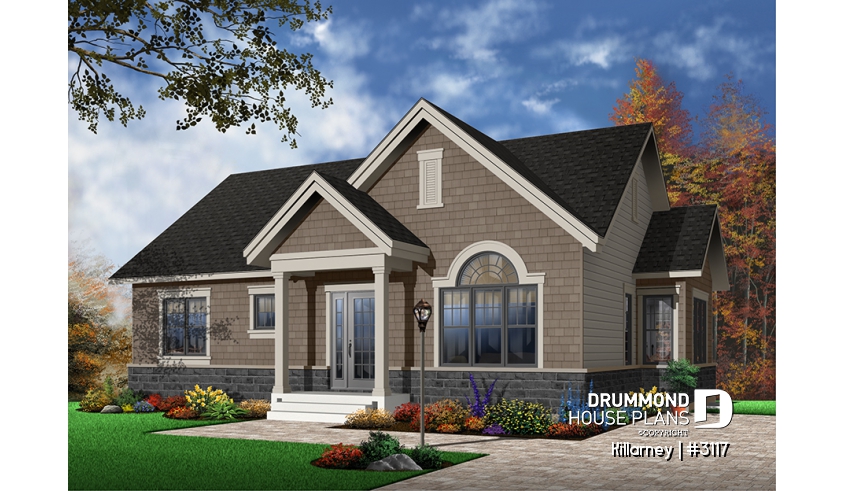 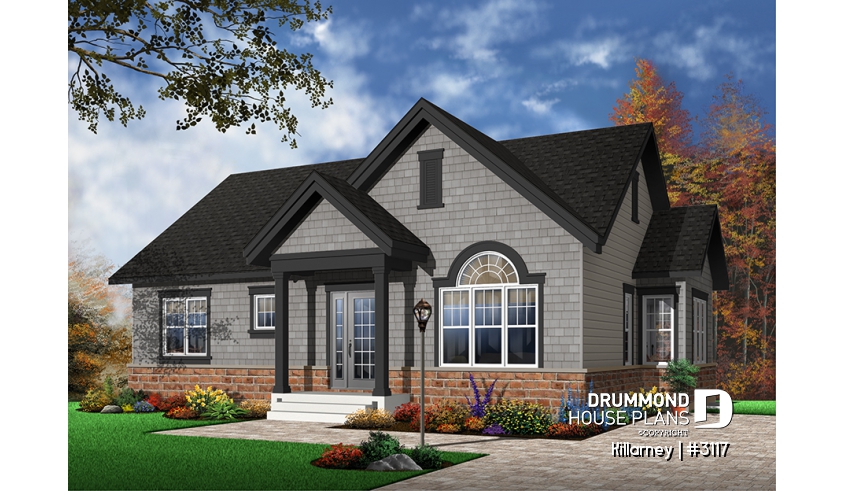 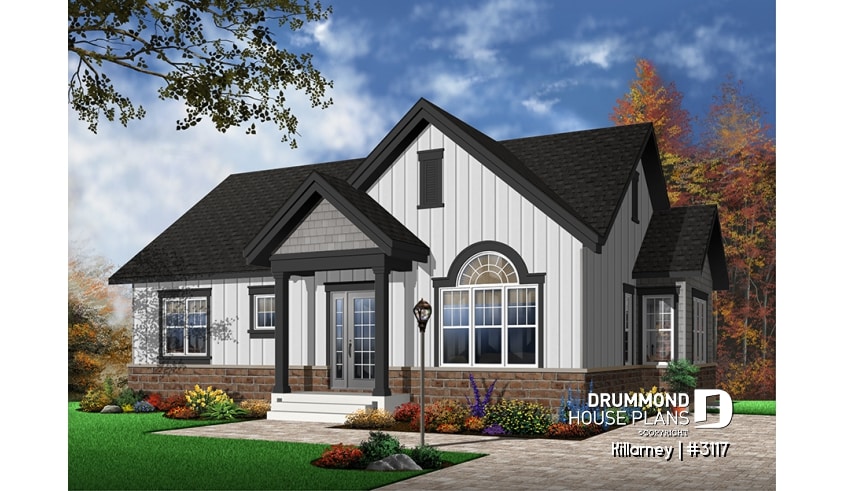 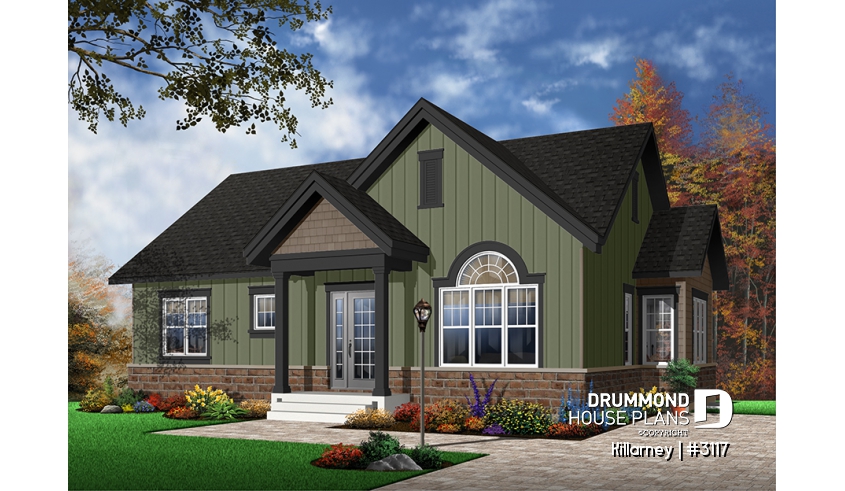 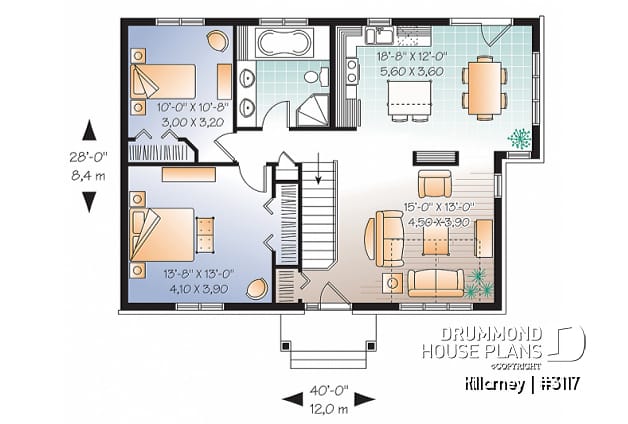 See other versions of this plan
Get a quote

View the size of the rooms and height of the ceilings

front
This color version might have decorative elements that are not available on base plan.
Construction MF Guillemette

front
This color version might have decorative elements that are not available on base plan.

front
This color version might have decorative elements that are not available on base plan.

Other useful information on this plan

Similar to the popular Drummond model 2192, this plan takes a more traditional or "craftsman" approach to design. This is achieved with a simplified exterior and plenty of windows in the dining room, as well as natural materials such as a combination of stone-veneer clad walls and the shingle siding which softly contrasts to the stone.

Inside, we find a flowing semi-open activity area, with the living room highlighted by a partially vaulted ceiling to capture light from the arched feature window. The kitchen with island is within easy reach of a charming dining area which is surrounded by windows on three sides. The bedroom area is separate from the main living area and boasts two comfortable bedrooms including a forward-oriented master bedroom with large closet. The bathroom features a corner shower and independent bath.

Partial cathedral ceiling in the living room to feature the arched window. Abundant windows in the dining room similar to a solarium. Island/lunch counter in the kitchen. Well organized bathroom with separate bath and shower.

Questions and comments on this plan

is there another roof design for W3117

Good day and thank you for your interest in this plan.

Although there is no alternate roof plan for this model, we would be happy to provide a free estimate for the changes that you need done within two business days after receipt of this on line request.

is there another roof design for W3117

Good day and thank you for your interest in this plan.

Although there is no alternate roof plan for this model, we would be happy to provide a free estimate for the changes that you need done within two business days after receipt of this on line request.

Thank you for your comment! It must be approved before being put online, please allow a period of 24 hours.

Find your plan How to modify a plan Photo gallery

Here is a brief description of our different plan packages. Please select the plan package that suits your needs. You can change the package at the next step, if necessary.

Additional foundation types are available, a fee may apply. Please indicate your choice on the online order form, or to our customer service representative, when placing your house plan order.

If your desired foundation type is not available, please contact our customer service to receive your free plan modification quote.

Additional Foundation Types are available, starting at $245. Please review and indicate your choice on the online order form, or to our customer service representative, when placing your house plan order.

The bonus rooms are often planned above the garage and are accessible from the house. They are designed to be converted as an office, a laundry area, a bathroom, a library corner or even an additional bedroom for which homeowners must make sure to have a window that complies with current codes & standards.

Often located above the garage, our storage areas are used only as storage and are usually accessible from the garage via a retractable staircase.

Do you like this plan but want it to be modified to suit your needs?

To add a garage, another bedroom, finish the basement or any other modification, click here and let us know about your desired changes and to get your free quote for the modification of your plan.

Click here for more information about our plan editing service online or at one of our 26 regional offices.

Ask a question on this plan

Thank you! Your question has been sent to us. We will get back to you as soon as possible, normally within the next 48 hours.
Error with google reCaptcha! Try Again

Important copyright notice! Please take note of these copyright conditions before printing:
By printing this house plan, cottage or garage or the floorplan(s), you confirm being informed that every house plan on this website is the exclusive property of Drummond House Plans and is protected by Canadian copyright law. You are aware that these prints cannot be used to build or even obtain a building permit. The graphic representations of these models are offered by Drummond House Plans for the sole purpose of allowing you to notate modifications of a model and then take it to one of the Drummond House Plans Canadian dealers for modification of the plan.

I agree to respect the conditions above to not reproduce, modify or build a model from Drummond House Plans without previously purchasing a complete house plan.

Send this to a friend

Thank you! This plan was sent to your friend.
Error with google reCaptcha! Try Again

This plan is part of a collection of ecological house plans and therefore is has wall composition with better energy efficiency. To ensure superior insulation for each of our ecological homes, the walls are made of a double frame of 2x4 spaced 24 inches apart. The amount of wood needed is therefore similar to that of a traditional house that uses 2x6 spaced every 16 inches. In addition, these two walls are also staggered in order to cut thermal bridges as much as possible, that is to say the continuous elements that create heat losses from the inside to the outside of the house. The insulation material used in this wall cut is squirt cellulose. It is a 100% recycled material that perfectly hugs each of the wall cavities for optimal insulation. For more information or to buy a traditional construction version, please contact our customer service.